The ACM International Collegiate Programming Contest (ACM-ICPC) is a world-wide contest where students compete with their problem solving skills and team work. A team consists of three students. Undergraduate and post-graduate students participate from all over the world. 32,043 students participated from 2,286 universities / colleges in 94 countries in 2013. (☞ factsheet) We started to host the ACM-ICPC Regional Contests in Japan from 1998 through partnership with universities. Teams with brilliant achievements have advanced to the World Finals.

We are looking for companies who sponsor the ACM-ICPC Regional Contest in Japan with agreements about our purpose of the ACM-ICPC. Contact the International Information Science Foundation (IISF) for more details. Our activities include the Domestic Preliminary Contests in June-July, and the Regional Contests in October-November. Teams that pass the Domestic Preliminary Contest compete in the Regional Contests with teams from foreign countries. We offer sponsor benefits such as posting sponsor banners in our web-sites and posters, and inviting sponsors in the contest, awards ceremony and parties.

Over 1,000 students challenge the Domestic Preliminary Contest recently every year. Making friendship and competing with many other students including foreign people have been acknowledged as important and valuable experiences. More students have been self-motivated to learn programming techniques and greater computer sciences with a target of the contest. Many ex-contestants are now excellent talents who lead the computer science industry in Japan.

We appreciate your supports for the motivated students. 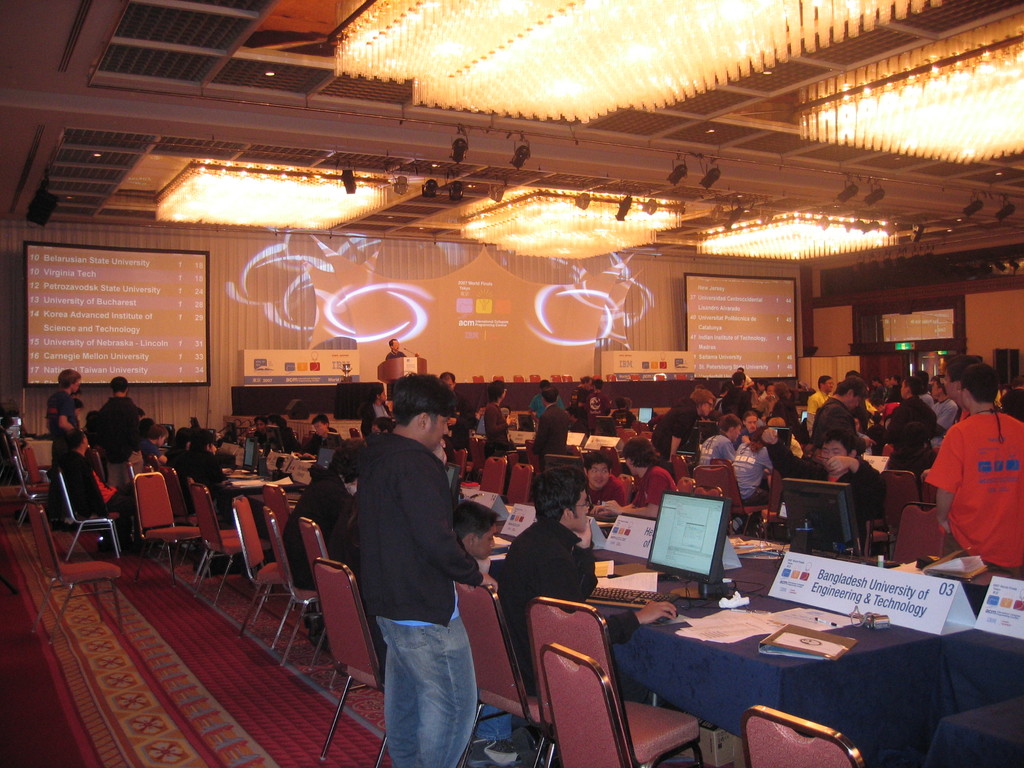 (We hosted the World Finals in Japan in 2007. Hilton Tokyo Bay was the venue.)